The Philippines – How I felt the country

The last cities I visited after Legazpi and before heading back to Manila were Naga and Lucena, both not touristy at all and me being the only white guy around.
Naga was the most honest city in the Philippines I’ve been at, the tricycle was 8 pesos for one ride, everywhere else it cost at least 20, mostly 50! At the time of writing 52,5 pesos convert to 1 euro. I saw poverty on the street, children begging, the prices for goods the lowest ever and still people were friendly wearing big smiles, pavement dwellers next to western dressed college guys walking past the fruit lady selling mango’s for 20 pesos, crowds of worshiper heading for the evening prayer and the street jammed with everything that moves – that’s the Philippines!
I could feel the stares, being the only European person all around made the people check me out – a few might not have seen a stranger like me with a big red beard 🙂 at some stage the stares were pinching and I felt distracted, I could not look the people in the eyes anymore…strange energy!

Quick facts about the country:

But what really struck me the most; it’s a retirement place for mostly western man. You’ll see so many with a Philippine lady on their side. When I talked to them, most seem to hate the country and consider the local dumb and lazy. Of course some people aren’t the smartest and I saw a lot of women working their asses off while the man fool around but the ignorance of those westerners was just so wrong! The only thing which came to mind: White trash!

Although the Filipino’s are very friendly and talkative I’m sick of answering the same questions: “Where you’re from?”, “Name?”, “Age?”, “You’re single?”, “Not married?”, “No wife?”, “No children?”, “Why?”  I did that for half a year now but still in India it wasn’t that offensive and Indonesia was more gently, somehow I’m tired of repeating it over and over again. I’m also sick of the typical American words and slogans used more often. Every guy is a “Sir”, but I don’t want to be a Sir! “Thank you for shopping with us, Sir” or ”Come again, Sir” no I won’t come again, even if you’re crawling more up my ass! That’s a thing I didn’t like in the states either…

I won’t miss my experiences; even the bad ones made me grow! Some brilliant moments still happened and a handful of good people I met, but I’m looking forward for a change, Indonesia here we go again… 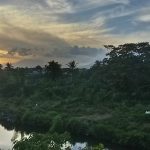 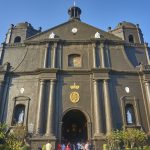 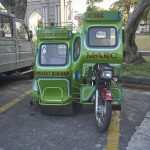 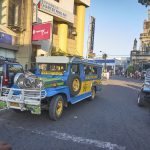 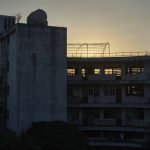