I made friends with Matthew a kiwi from new plymouth in lovely aotearoa, we got on quite well and took a hike up the hill to the worlds peace pagoda.
Anyone interested in more info about the stupa, follow the link: https://en.wikipedia.org/wiki/Shanti_Stupa,_Pokhara

First we got a boat to the start of the trail and managed to climb the steep hill in under an hour, taking our time though. 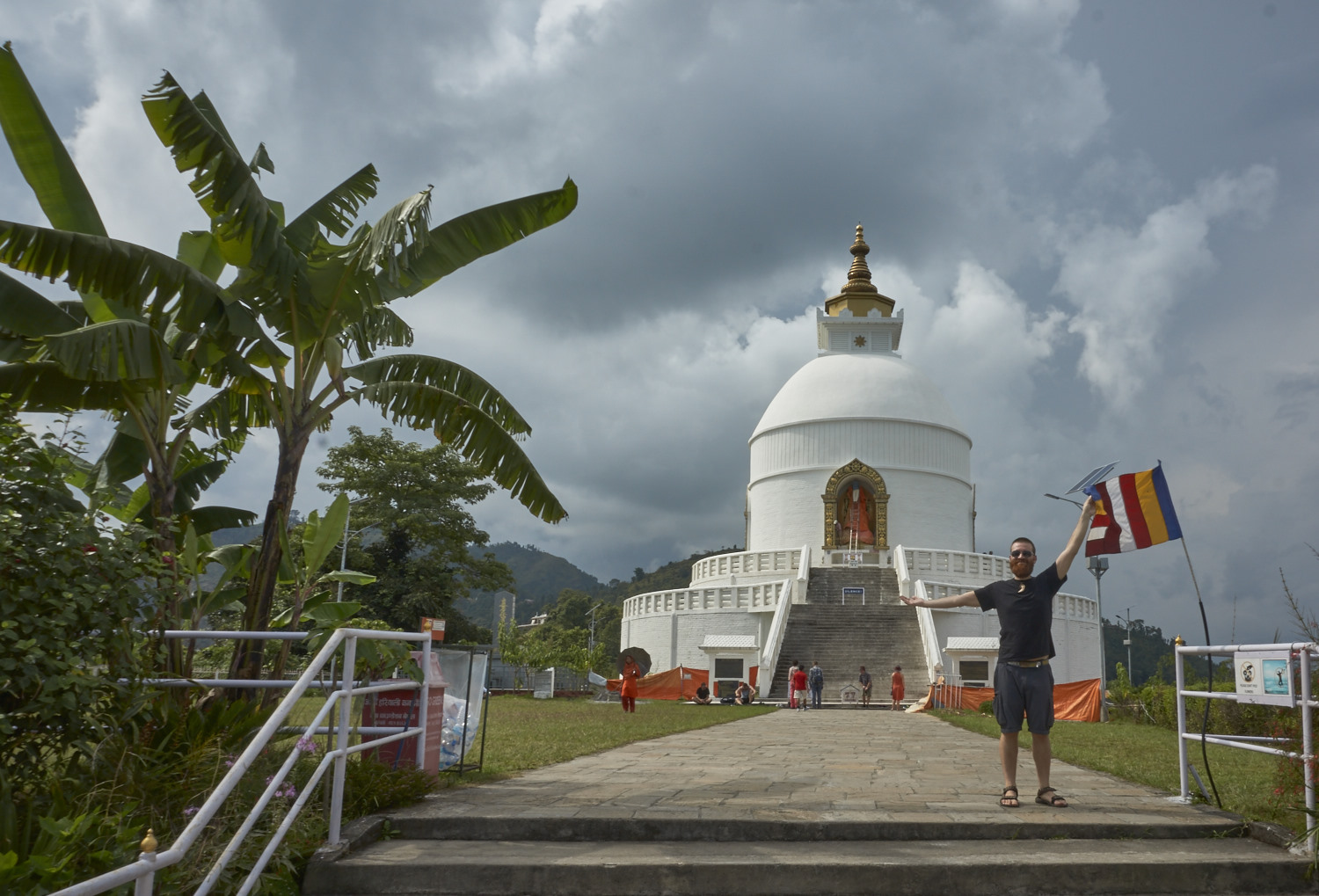 the views from atop were just magnificent, although a thunderstorm was rolling in slowly.
Pokhara is actually widespread but all the touristy part is happening in lakeside so all the 2k stretch along the lake. you’ll see the highest peak on the ridge in front, that will be sarangkot the lookout i went to and also the start for paragliding activities as such. hidden in the mountain the mighty peaks, but from the pagoda came a different deeper vibe. always go around clockwise! 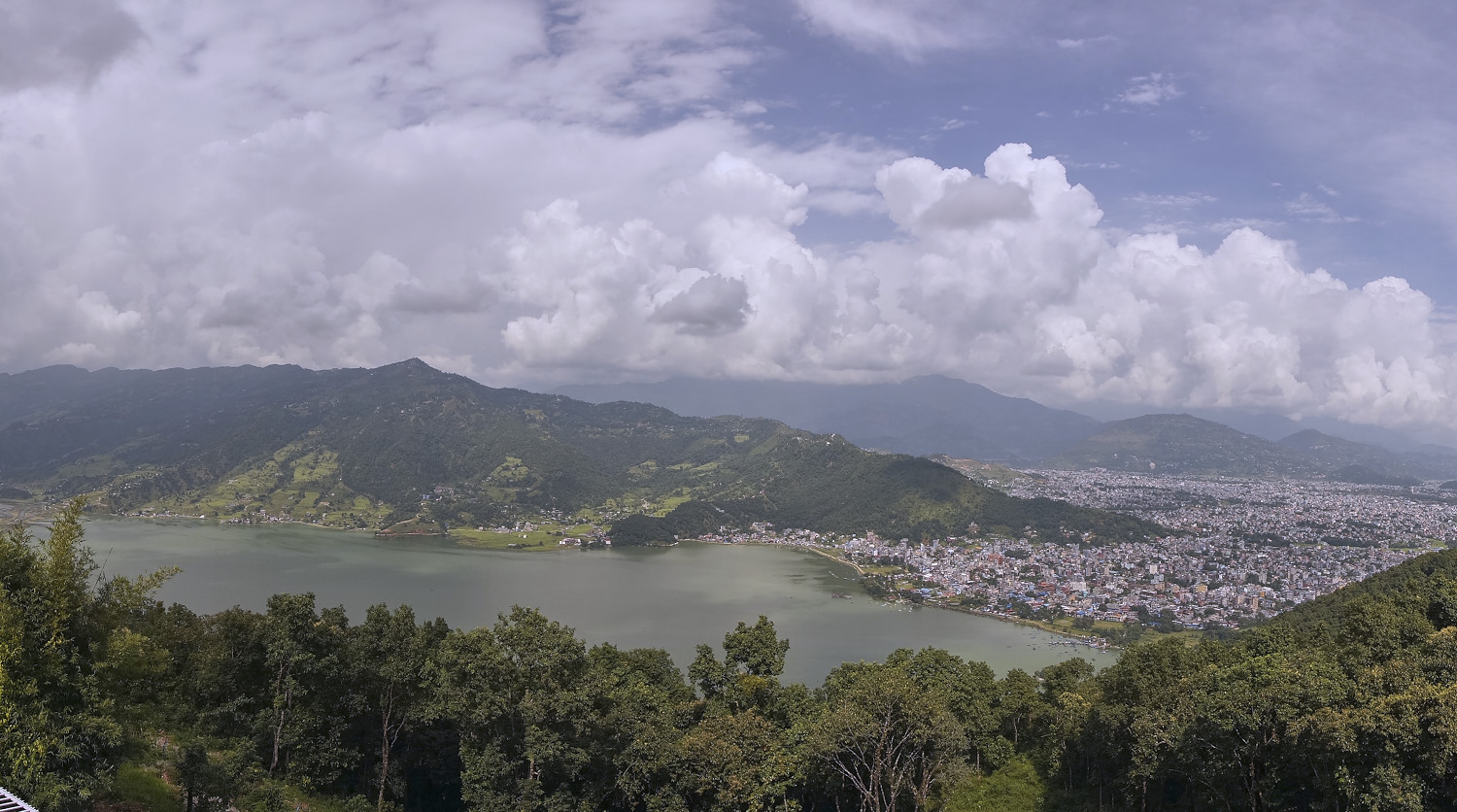 we went further for a small lunch break and enjoyed the view, a dog was chilling just 2 meters away, i called him and he came! he didn’t like our nuts but enjoyed our company 🙂 so when the 2nd big thunder rolled in we decided to head back down, our little friend was following us and the rain just started we found cover and waited a bit. in our little shack were a tourist couple and an older nepali who couldn’t speak english, everyone waited until the rain settled and without any word we all went our separate ways.
further down the stony steps which were all in different shape and texture made out of sliced himalayan boulders, the dog still following we decided to give him a name: stupa, we formed a pack, hell yeah!
So here were we, coming down to town in light summer rain, stupa just guarding our backs checking left and right and after a while in town finally we lost him, too many other, more important things in dog life…

a crazy thing we saw after checking the roaring waterfalls, the buddha robotic museum, it was 30% off so we paid 200 rupies, little less then 2 euro and we got to see the lifestory of siddhartha gautama the buddha, thats the one you might just know as buddha, which means the awakened and in modern culture is often referred as enlightened.
so there were 10 rooms and every room had a different setting, most of the times full sized puppets were standing or sitting at a different scene, you get headphones and the operator starts the show, like a theater without actors, the puppets were robotic instead and every now and then they were moving their arms when speaking or twist their body, the volume of the machines moving was louder than the headphones so that was quite funny but after 10 rooms everything is told and you’re calmed down as it’s recommend closing the eyes and breathing consciously when the show as over in of some of the rooms.

it took us a 40 min walk back to our guesthouse gauri shankar and as we were rolling through damside, cutting through the park at the water and entering lakeside the sun was just about to set, lightening the clouds in a brilliant colorful way.

May we all live in bliss, AUM SHANTI … 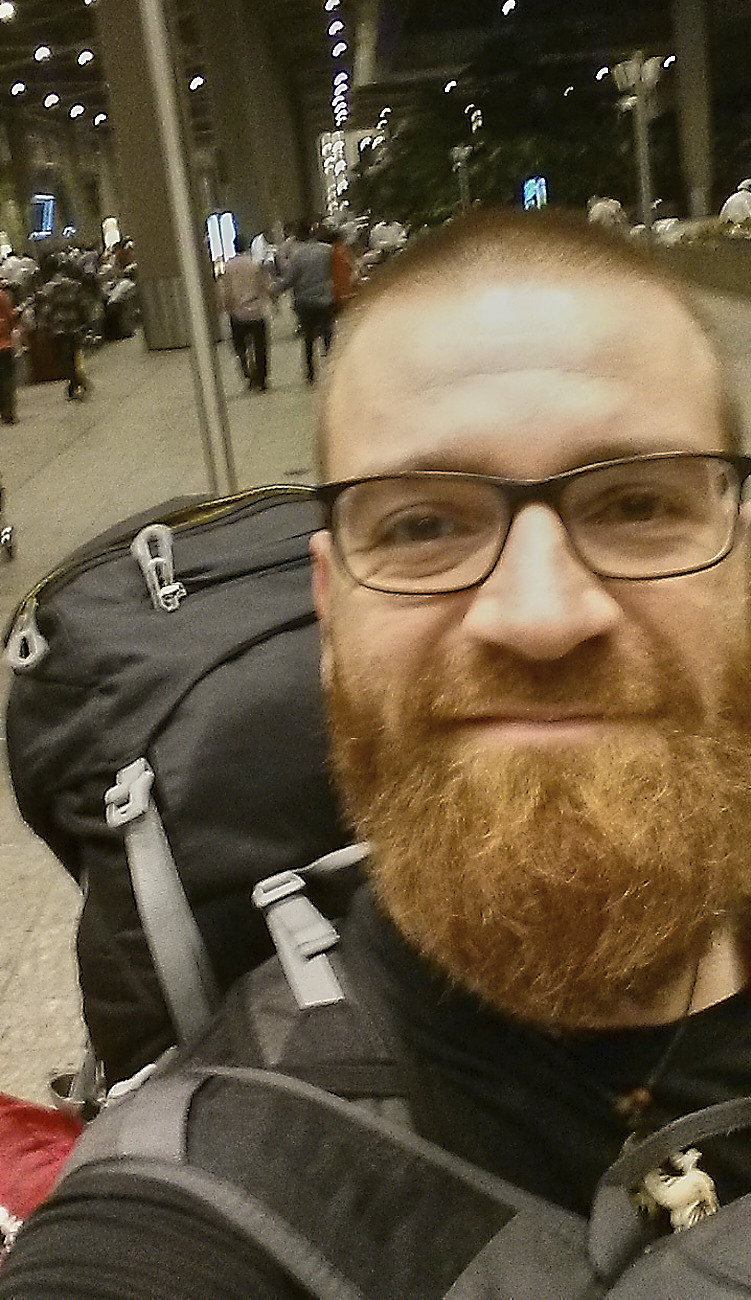 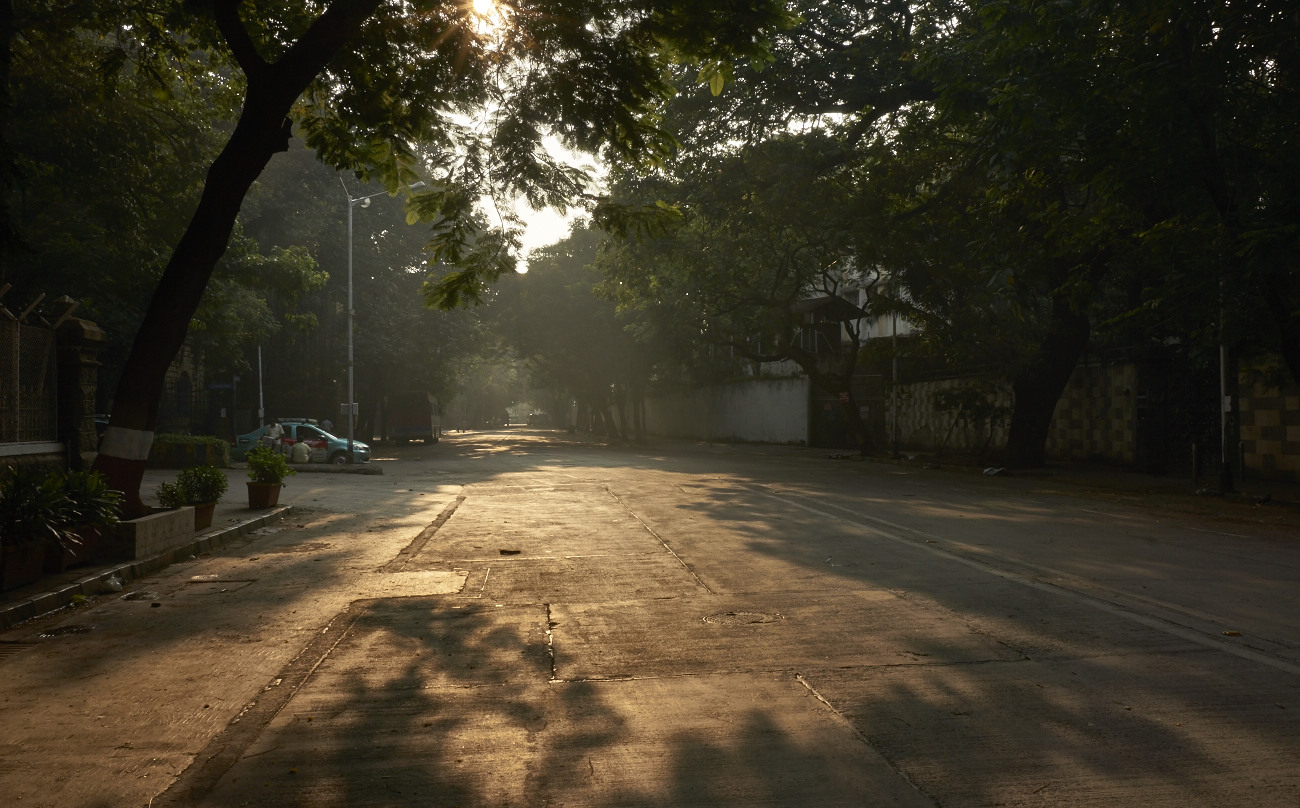