A small rural beach town on the main island of Luzon is in the tourist focus from December to May each year, that’s when the whale sharks migrate through the area. There is also another town in the Philippines advertising whale shark tourism but there the animals are fed and they stopped migrating and just stay in the area, plus they’re not properly treated with too many people swimming around them and boat numbers are not limited, this should not be supported!
In Donsol it happens a more ecological way. A so called Butanding (Filipino word for whale shark) Interaction Officer, a BIO, is assigned to each boat, advising the people and watching that the animals are treated the right way (no touching, no feeding, no underwater flash, max 5 min interaction, one boat at a time,…). The big fish still get a bit distracted and sometimes hurt when multiple boats with tourists venture out every morning, wanting to see the gigantic fish and chasing it, the back fin can get hurt by the boats propeller as the whale shark swims close to the surface to feed or the fish just gets distracted while feeding with some humans swimming close by. That’s why the tours just happen in the morning from 7 to 11. One must decide for his own good if this can be supported. The whale sharks come around this particular area every year though and haven’t chosen another spot that looks as they still like it here and are treated not that bad.

So early in the morning I got in the boat with 5 other guys, hardly 10 min later in the open water Jerry our BIO told us to wear the fins, snorkel and mask and sit on the side of the boat, ready to jump. 2 min later we were all kicking with our fins, following Jerry, heads down in the murky water and yes there he was, the first whale shark, massive in size I could not see the complete fish at once as the visibility wasn’t that great but it was a magical moment swimming along the giant which just dove down after a couple of seconds.
Having a white belly the rest being grey, the skin marked with pale yellow spots and striped, individual to each – it just looks friendly. The largest fish on the planet can grow up to a size of a bus! In Donsol they range between 5 and 10 meter. More info’s on the worlds largest fish: https://en.wikipedia.org/wiki/Whale_shark

The second time we were more lucky swimming a minute next to it and getting quite close. We cruised around the area for about 3 hours and got to jump in the water a couple of times, sometimes we missed the giants as they dove down, sometimes we saw them so close almost able to touch and there was that moment where we got into the water as we saw another group already swimming with the fish for some time. We could trace the route of the whale shark got in some 20 meters ahead and all of a sudden the only thing I saw was the fish swimming straight at me with its big mouth wide open – uaahhhh!
They use the area as feeding ground and mainly feed on plankton and grill just opening their mouth and swimming. I knew that fact but still in this particular moment I was a bit scared and swam aside as fast as I could seeing the mighty fish slowly swimming past.
The last one we saw didn’t swim that fast so I could keep up with him and let me fall back, filming the tail, a couple of kicks later I would be back at his mouth investigating the cleaner fish around and checking his teeth and eyes, magnificent, swimming a couple of minutes next to the biggest fish on earth and also the biggest one we saw today, maybe 10 meters in length – just an unforgettable experience! 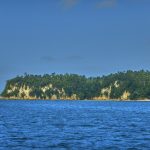 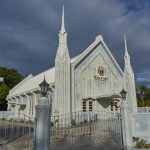 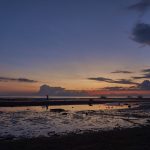 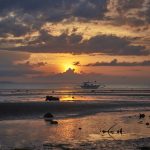 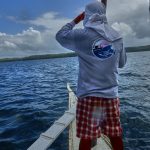 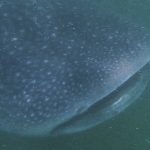