Varanassi and the burning ghats

in hindu religion after a person dies he’s ought to be burned, for the few who can afford a burning ritual at the holiest of all rivers in the country is a must. the process follows a certain ritual and at the main burning ghat of the city “manikarnika ghat” you can see fires along the shore of the river 24/7.

the ritual is like this as it has been explained to me:

so of course it happens that a family hadn’t had enough money to buy all the wood for the burning, sometimes you see dead bodies in the river…

families who can not afford the whole ceremony, travel here with the ashes of the former family member and devote it to the river.

it’s crazy to watch somehow peaceful and normal and typical indian, as a lot of things that happen somewhere hidden in our country happen in public in india, so you’ll see the burning, sleeping people, urinating people, burbling and farting people and even the bribes for police and other states man in public as if it would be a normal thing 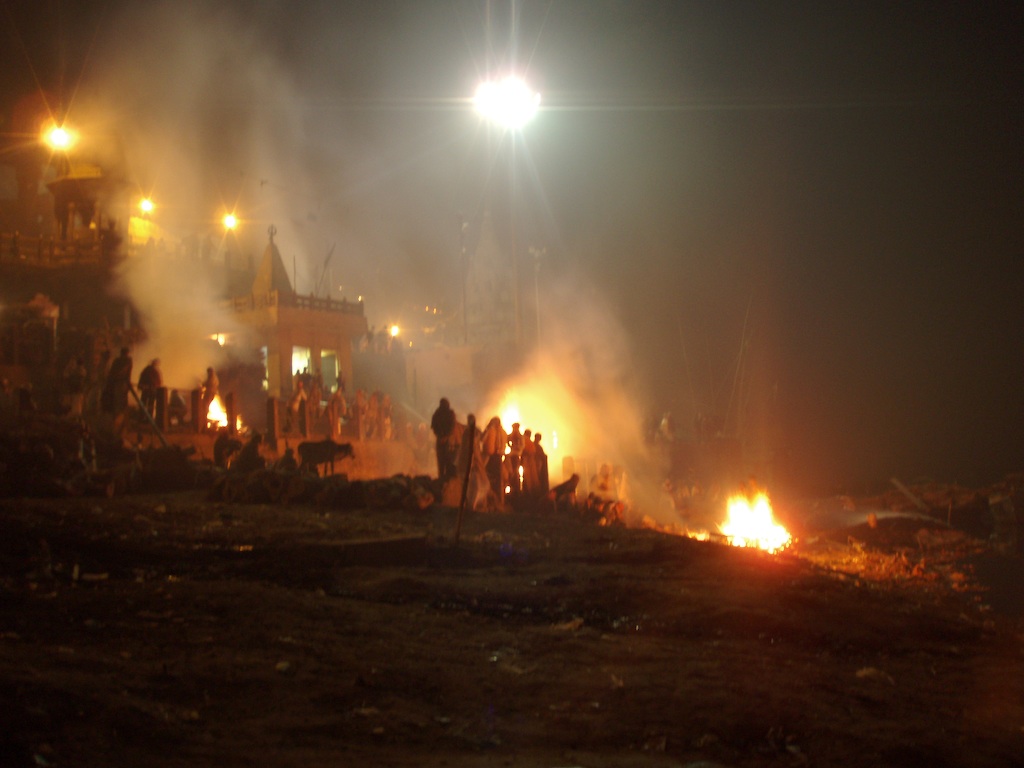