Varanassi – the border between physical and spiritual world

After more than an entire day i arrived at varanassi junction, a train station a bit out of the city, lot’s of moth and grasshopper are active during those early hours, when i say a lot i mean you walk for 5 meters and get hit by any of the insects, no mosquitos though 🙂

after a small tour through new town and horribly smelling markets with the rickshaw I got dropped at a corner where the street got so small that i needed to walk, i took the turn left and went down to the river, here we are holy ganges, or as the locals say: ganga.
it’s still dark and big lanterns are lighting the area, stone steps and the smell is actually alright, i ran into the son of the hotel owner so we went for a stroll along the river in non touristy direction, sun was about to come up and hes practicing meditation as well, AUM

the sun starts to come up and magically lights the city in a mystical ambiance, now i can see what this place is about, WOW 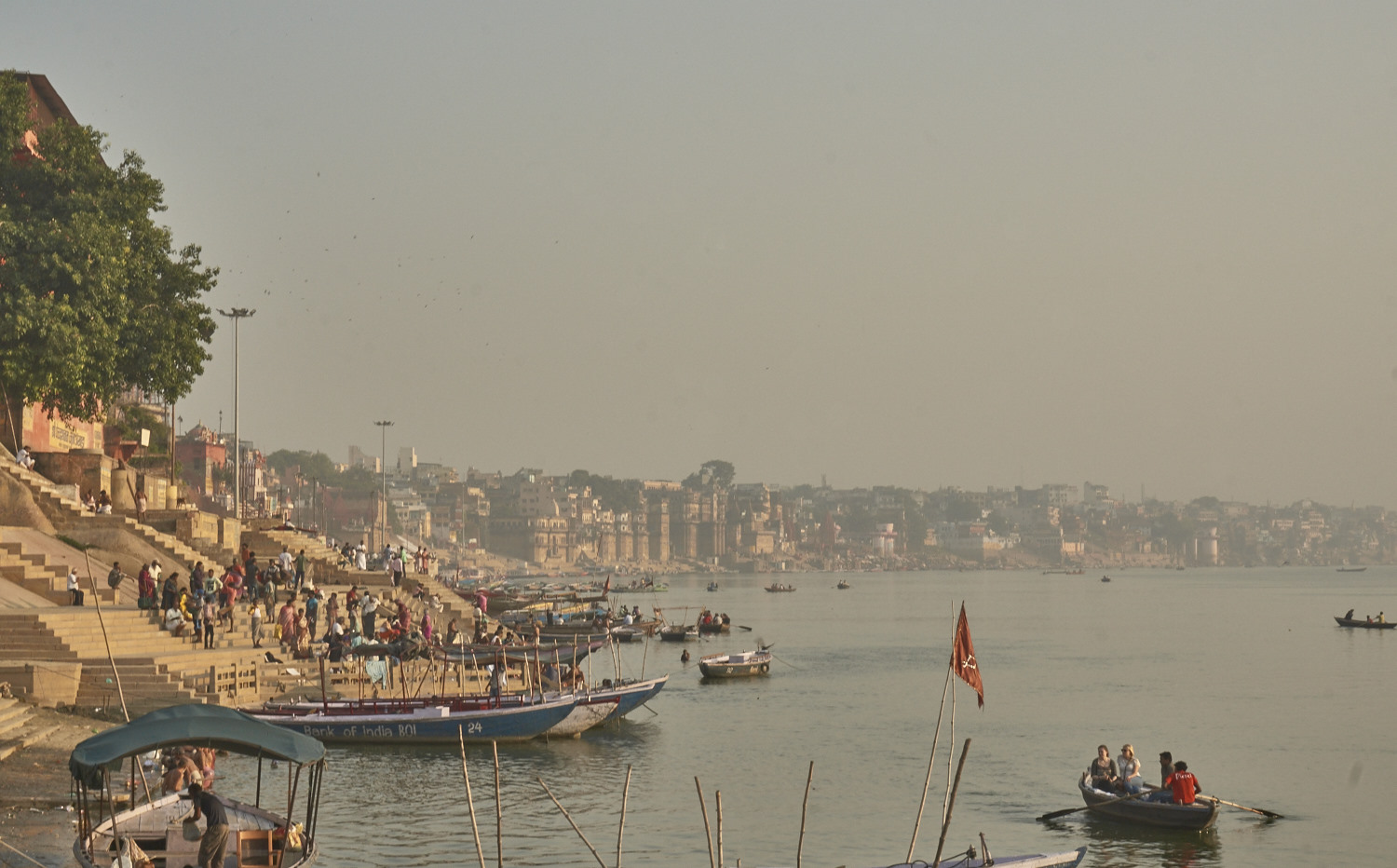 not all of the boats are in action as it’s too early – good morning varanassi! 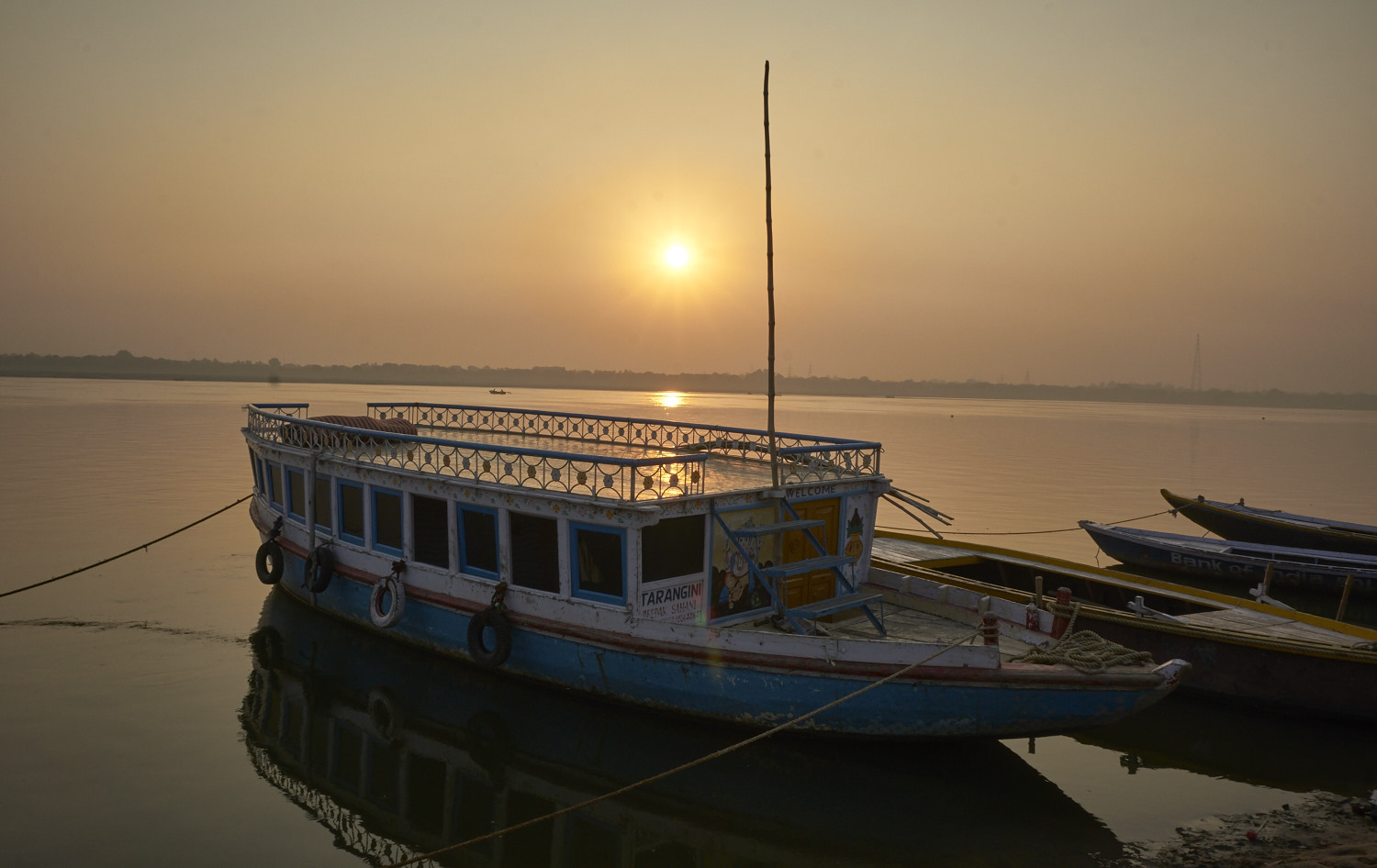 a couple of old men sitting at a small temple and in the background covered with an old rag people are singing mantras, hey i know that pattern from krishna das, so i sat down chanting along and inhaled the vibe of spirituality, i even got raisins to bite on – here we go!

i stepped in cow shit, damn! people tell me this is good luck as the cow is holy, so is the shit 🙂

After a long and nice sleep with intense dreams i needed to think about palenque in mexico (https://travel.olafschuhmann.de//post/Palenque-my-spirit-rose.aspx)
varanassi got some energy too, so i got up to check the town and get a bite, in the holy city. Narrow little lanes, cows, motorcycles, people, dogs, cow shit trash, you always watch your steps!

you got harassed a lot, people want to sell you boat trips, want to play guide of want you to buy silk or look at their shop so it’s hard to differentiate between the good and the bad, this old fellow however was 81 years old and wanted a picture of him and me to be taken. he was so delighted to hear that this image will be published in germany, not just germany i told him, then he walked off with a wide smile… 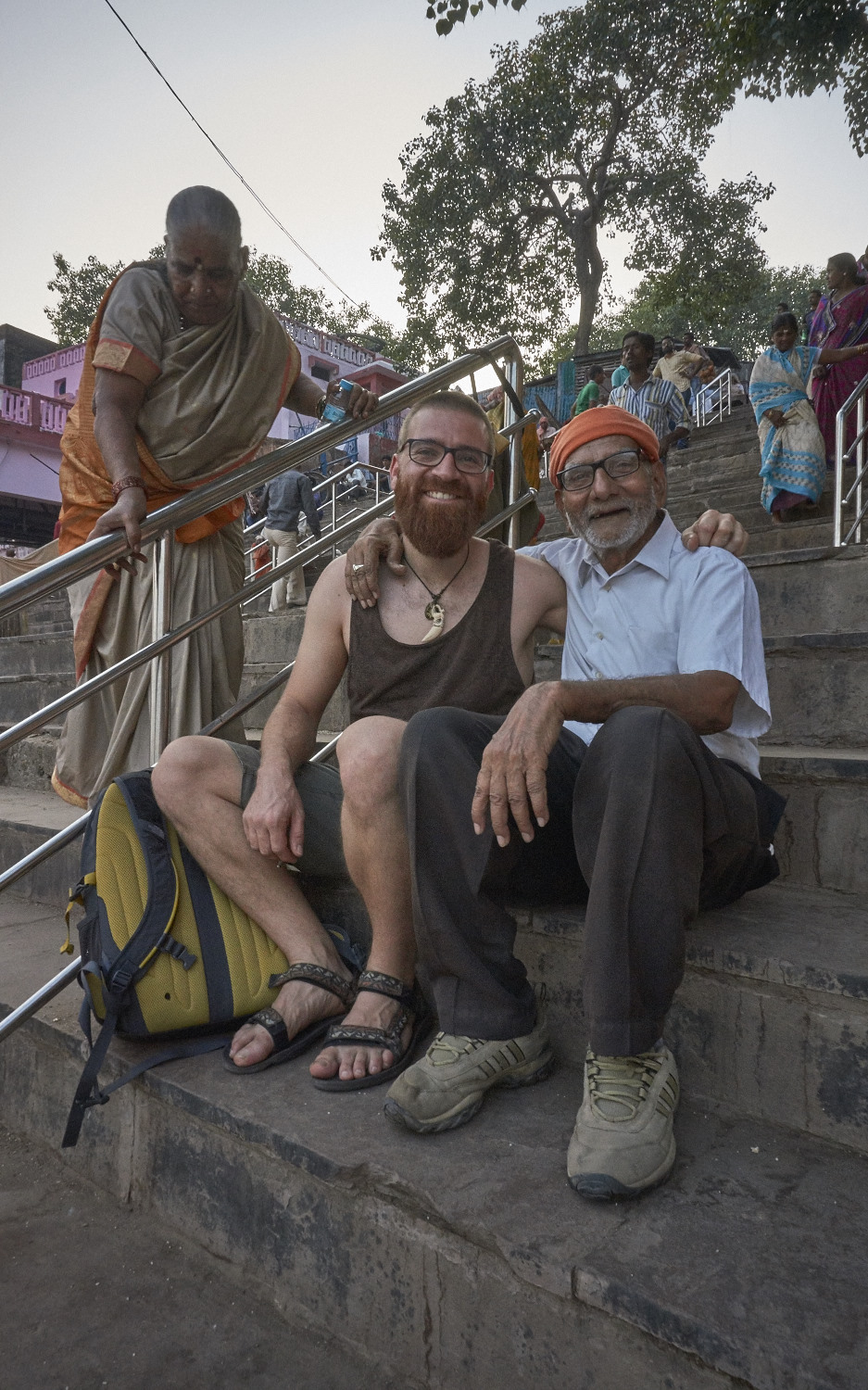 evenings turned out to be best at the rooftop of sita guest house the place i stayed, nice clean and cheap food, beers and indian and japanese company, cheers takeshi 😉