After the bliss in the ashram I didn’t feel like moving fast so I stayed for a bit in Coimbatore, a bigger city in the southern state of Tamil Nadu, textile industry is king over here, as is the gem business. The 2 mio town has not that much touristy things to offer and acts as a major junction and transit hub. I walked the streets a bit and went to the mall to shop in the spar supermarket, pretty indianized no German things to be found 😉
The other day I walked the opposite direction, trying to get a leather string I can use as necklace – a hard mission – I talked to so many people and got checked out by so many others just by walking in the shady areas of bazaars next to the biggest mosque in town. I went further and walked past churches and Jain temples and just before the train junction I left the Hindu temple honouring the goddess Laksmi, it’s interesting all the different beliefs within an area of a 30min walk – no stress, no fighting, happy people as it seemed to me! I really liked that spirit, needed to think of Kashmir then where all the religions coexist in a good way too!
The last day I went to Gass forest museum near the forest university campus to beat the waiting time – my train to Chennai, the state’s capital was supposed to leave in the afternoon, checkout is usually round lunchtime. The museum was ok-ish, I didn’t expect much so I liked it, lots of conserved animals, mammals, reptiles, birds, insects, some plastics and paintings, all possible kinds of wood, oil, fungi, whatever relates to forest and can be found in India – it is quite a collection but the most interesting encounter was with the door guy.
I was wearing a south Indian pant that looks like a doti (long cloth, wrapped around the legs in a special way so it looks like a pant) with some Tamil words on it. What it says is “Shivanga” so the warden asked me why I wear it and if I felt it. I told him my story and of course I felt Shiva within and all around, all of a sudden memories of the BSP program popped up and filled the body with euphoria, he told me his story and we hugged after a big fat smile.
Coimbatore isn’t that bad as everyone is telling, it has a lot of heart and some real spice!
After the 7h train ride with a nice orange sunset I arrived in Chennai with high expectations, “the food capital” and “where traditional India meets the Modern” are just two of the many things I read and heard.
In fact it’s a typical south Indian town par excellence, crazy traffic, smelly rivers and streets, lots of flies and surprisingly not that much touristy attractions, they’re all away from town, the food itself was ok, I had more of an oriental/Italian tooth that time – ordering falafel and pizza the other day when visiting the mall and watching the new Star Was movie The Force Awakens.
What a brilliant film, I was entertained and the cinema was just splendid, nice comfy leather seats and the 3D goggles were big enough to fit over my prescription ones. Still some differences to a German cinema, the movie starts on time as printed on the ticket, advertisements and trailers of other movies are shown before that time, people of course come late, using their cell phone to light their way and keep talking during the movie, after the first 20min luckily that settled. There is always a break in between, whatever the length of the film, most of the time right in the middle of a dialogue so takes a bit to get back in the film when it’s running again. In the break you can go pee and get a refill – snacks and soda and of course advertisements are shown again.
Madras, as the city was called under the British rule, has one of the longest beach fronts on our planet, it’s a typical Indian town beach though, pretty dirty! Some stalls, tidy carousels and “giant” wheels the size of a trailer not operating that time of a day, pretty much everything was shut down and looked deserted – I expected more, still it was interesting to do an hours stroll along the “not safe for swimming” coastline, strong currents with crazy irregular waves, that doesn’t hinder the locals to splash into the blue waters. The sweet thing about the beach was the light house, I could actually go on top and it’s got a lookout over the beach plus the surrounding areas, good views!
The other day I wanted to spend in the Guindy national park inside the city limits, a rare thing in India, what I didn’t know before, entry is just permitted to rangers and persons with special clearance, neither am I, so I ended up in the close by snake park and chilled a bit in Ghandi memorial before I walked back.
In the end I was glad I just stayed for 3 nights and spent the rest of the time before my flight took off to the Andamans in Coimbatore…
Some legs of the trip are excellent some are just good and I was looking forward for the next one, I didn’t felt like a city boy anymore, I wanted to go to the nature and I was just about to go there… 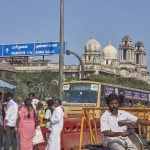 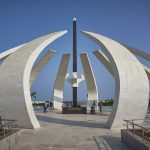 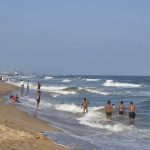 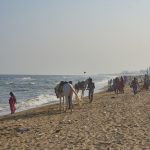 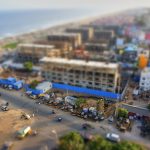 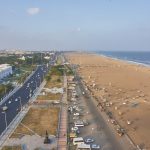 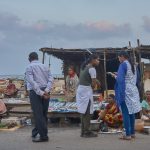 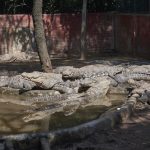 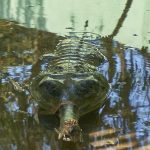 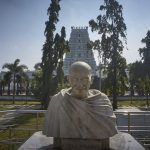 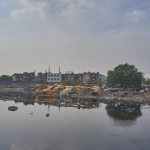 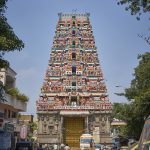 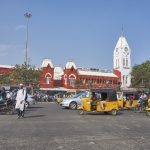