Next stop, Delphi the home of the famous oracle of ancient times, it is said that the priestess was sitting on a tripod over an opening in the rocks and inhaling the vapour from the mountain, intoxicated she made the prophecies. Not just the Greek worshippers went to the holy place; even the romans and Alexander the Great later on used the oracle to question the future.

The city also played an important role for the ancient Greek, according to the myth, Zeus let two eagles fly and the place they went down was considered to be the navel of the world, as it happened it was right here in Delphi, the naval stone still can be find within the complex.

The ancient city is beautifully perched on the mighty slopes of Mt. Parnassus. Feels pretty amazing to be here in such a place with so much history and wander along the remains of a culture that existed more than 2000 years ago, and it still reverberates!

The gymnasium and the Tholos are located a bit outside of the spiritual area of town, just a few remains can be seen and the circular temple with its 3 restored columns is standing out of all the rectangular buildings. 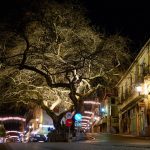 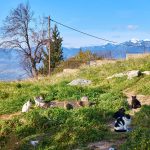 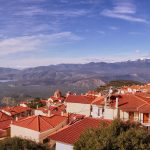 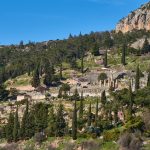 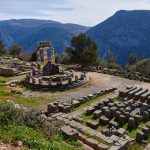 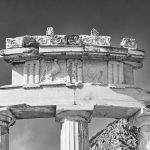 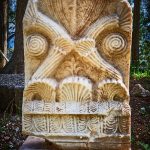 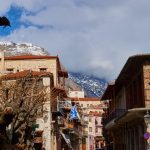 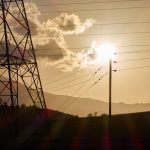