I went for a daytrip to Rinca island to see the Komodo dragons, I also wanted to see the flying bats in the evening and as this is not a typical tourist program I ended up chartering a boat for a day- felt good to be in control of the trip and not depending on the tour operator!
The biggest lizards on earth belong actually to the monitor lizard family and without any natural enemies on the islands in and around the national park they could get that big, as usual in the theory of island gigantism, the largest male measured 3 meters and weighting 70 kg!
The animals are only active during the cooler hours of the day, the other time they lay around pretty lazy, so it’s hard to track them down in the wild after say 10 o’clock, that’s why I only got to see them near the ranger station.
The snorkelling at Tempe island was nice, of course I’ve already seen the marine life during diving but considering it a normal snorkel session without prior experience, it was pretty sweet! The best was the beach walk though, especially along the rocks. Some goats are also living on the island and they were checking me out as I was dancing on a rock when the sun reappeared behind the clouds and kicked the rain away.
The best moment of the day was just after sunset when hundreds of thousands of flying fruit bats return to their sleeping place on Flores and leave Kalor island one after the other, a lovely spectacle. I was climbing on the roof of the boat, laying down and gazing at the sky as batmen were flying right above, whhooohooo!
On our way back I was playing with the light over the waters and plenty of fish jumping looking for the light and trying to catch it.

Komodo Nation Park is just a lovely piece of land, so many thing to do and see, I loved every bit! 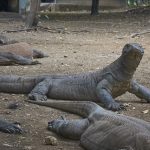 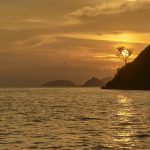 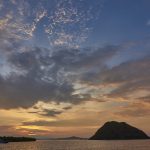 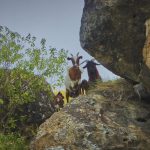 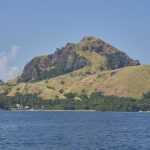 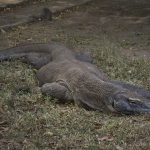 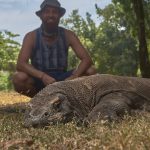 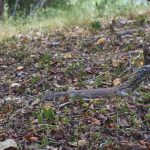 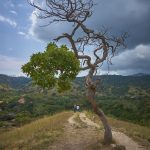