Mt. Kelimutu and around – Volcano diaries

The island of Flores is boasting with volcanic peaks and the main attraction being Kelimutu with its 3 crater lakes that change color during the day and due to its mineral composition even during the years, blue, grey, red, black, you name it.

Moni, a small village at the gates of the national park is the place where all tourists linger, basically it’s a street with houses to the left and right stretching along for half a kilometre, beautiful perched in the mountains and surrounded by rice fields. I found a room with a pretty sweet lookout and decided to relax for a couple of days, enjoying the different light throughout the day in the rice fields and surrounding hills, gazing at village life and the football and volleyball games in the afternoon. A concrete canal is being built and school finishes round midday. Everyone is greeting and the children are asking for pens and books – it’s not a good advice to give it away as long as you don’t give every kid something! Otherwise all are jealous of the one who has the valuables.
Krysia from Georgia moved in the room next to me and we got along pretty well from the first time we met, both being travellers we had enough stories and spirituality to share. Together we went up the volcano the next morning to check out the sunrise.

We drove up the mountain in complete darkness, my first night ride, I loved going up the bends. From the carpark it was an easy 30 minute walk to the top called Inspiration Point. Once reached the sky got light up and the sun was about to rise soon, we could just guess where all the lakes were, the greyish one we saw right in front and we could also smell the sulphur being emitted. Some orange light fell through the clouds for seconds before they completely took the place, totally misty and mysterious a great spectacle in the morning.
At exactly seven minutes to seven all of a sudden the misty clouds vanished clearing the view to the surrounding valleys, in the distant some peaks above a layer of white clouds were now visible and also all of the 3 lakes, one completely forested and in a dark blackish color, the main greyinsh one we saw before now was more of a blue lit by the sun beams and just next door the 3rd lakealso is some shade of black was visible.  We went to some more lookouts as the sulphuric air really made us cough and our throat became sore, it smelled like new year’s though and the Thai new year was just about to end that day, what a coincidence! Or was it meant to? 😉 The people from Flores belief the spirits of the dead decent in the lakes, which spirits goes where is not clear though.

Going down we properly saw where we were, the national park is lush green with multiple fern and even fern trees, just like in New Zealand! The smell though reminded me of the woods back home in the Dresden area! Magnificent, I inhaled completely!
Slowly we went down the curvy road and straight jumped in a natural hot spring for relaxation, the best hot spring I’ve been so far, right in the middle of a rice paddy and all natural with the best temperature ever! The perfect thing to end the gorgeous morning!

The other day I went along the street to explore the area, rode up and down the hills, through small villages and past lookouts of lush green rice paddies and volcanic peaks in the clouds. A lot of tall bamboo plants on the way as well as construction sites. The area is prone to landslides and the workers clear the debris to allow the constant flow of traffic on the islands main road.

I left on a Monday, which is market day, I was so reminded of India, strolling across the busy place early in the morning, locals from the surrounding villages came to sell their goods or to make a bargain, it felt so authentic to stroll along although some villagers hadn’t had their smiley face put on.

Flores is a beauty to the eye and this was just the start, more volcanoes will guide my way… 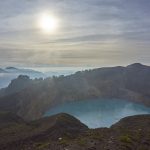 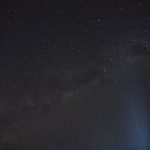 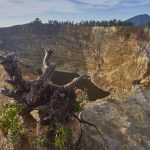 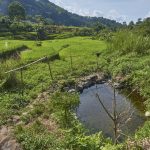 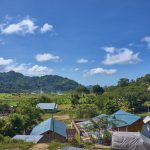 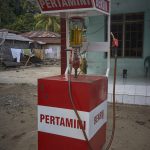 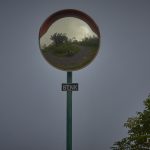 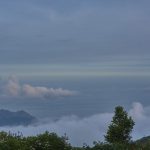 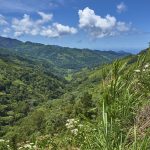 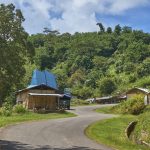 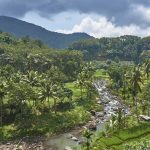 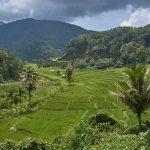 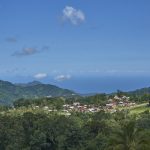 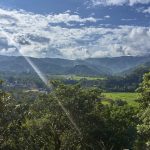 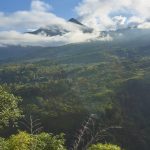 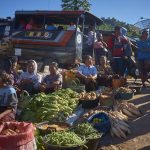 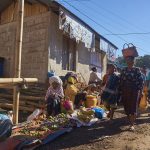 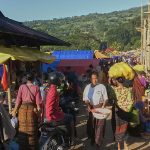 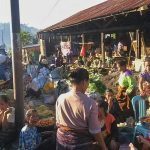 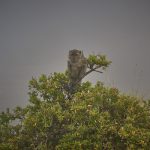