After 36 hours of travels I met up with some friends in Palawan the so called last frontier of the Philippines. The country itself is influenced by the Spanish for more than 300 years, so current names still are Spanish like El Nido or San Fernando, the food is Spanish and American influenced as is the language, which is a plus as English is widely understood. If you wanna know more about the history, read along: http://wikitravel.org/en/Philippines

At a first glimpse, the country looks pretty sweet and the people smile a lot, of course – tourism is booming, it’s more expensive as in Indonesia so far, and we’ll see how this develops in the more remote regions without that many tourists.
So after I met Flo, Jules and Krische in San Fernando beach we organized food, drinks and transport for a couple of days, chilled one more day and set sail for an uninhabited island one hour off the main island.
When arriving on Calibangbangan we couldn’t believe the sweet waters which were crystal clear, memories of the Andaman’s shot back to my head. We paid the owner and went for 3 days to the smaller island nearby called Tacling, beautiful sandy beach, an ok coral reef and some rocks.
After setting up a camp and taking care of firewood we did what we could do best, relaxing.
There were also some small expeditions round the island with beautiful trees, full of fern and an access to the hill as well as 3 more bays but all pretty rocky. The only down part was that every day some tour boats arrived with a loads of selfie stick throwing tourists and snorkeler. Luckily every boat went away after one hour, giving us peace again.
On the 3rd day our boats man Marc picked us up again and brought us back to San Fernando. 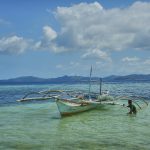 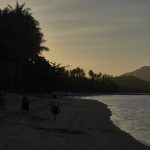 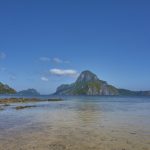 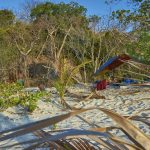 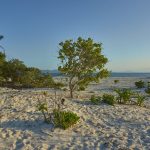 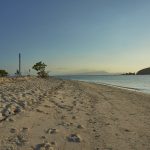 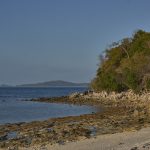