From Pulau Weh I flew back to Medan – lucky to spot perfect clouds that day, hopped on a car, taking me to Parapat, the eastern transport hub of Lake Toba. The ride was just a bit rough with a lot of traffic ahead and our driver constantly breaking and speeding, overtaking vehicles and turning the music up on his favorite songs, we made it in 4 hours though and in the end it wasn’t too bad.
The ferry for Samosir Island, takes 30 to 60 minutes, depending where one wants to get dropped off.
I’m going to a smaller island which sits in the largest crater lake on the planet, the caldera of a super volcano on the island of Sumatra, funny thought!

I found it quite intriguing when I read it, so I’m quoting Wikipedia this time:

“Lake Toba is the site of a massive supervolcanic eruption estimated at VEI 8 that occurred 69,000 to 77,000 years ago, representing a climate-changing event. It is the largest known explosive eruption on Earth in the last 25 million years. According to the Toba catastrophe theory, it had global consequences for human populations: it killed most humans living at that time and is believed to have created a population bottleneck in central east Africa and India, which affects the genetic make up of the human world-wide population to the present.”
Source: https://en.wikipedia.org/wiki/Lake_Toba

Ok enough of the superlatives now 😉
As usual, volcanic areas after some time turn into beautiful nutritious landscapes, like New Zealand, or Hawaii. The same happened in Indonesia. When I arrived I instantly felt the good vibes even though it was beginning to rain.
2 km away from the main tourist drag a more quieter place called Mas cottages was my home for almost a week and I could really drop everything here, yes I had a bit of food poisoning – finally it got me, after all those month in India, but hey, not the worst place to hang around and chill. Staying directly at the water, overlooking the huge lake and the volcanic hills, I really needed to think back of sweet as Aotearoa, some similarities are obvious!

The water temperature is pleasant and screams for swimming, the cottages even have a rope swing 😉
During my extended balcony sessions I could see boats come and go, bringing tourists to mainland and back, locals fishing in traditional floats wearing typical hats, using an old technique and newer nets, birds fishing right next, insects flying all over and wrestling each other and the ants on the floor busy as usual.

The other days I went around with the scooter exploring the landscape and felt welcomed in Batak territory. A German missionary converted the local Batak people to Christianity and one can see many churches around, on Sunday everyone is dressed in their finest outfits when going to their place of worship. I couldn’t believe the eye! The traditional houses with the distinct high roof also jut out of the lush green landscape, some even feature beautiful decor. It’s a different world over here, compared to the rest of the Muslim dominated country and very interesting to read about the Batak, who once were among the most warlike in the country and gave up eating their enemies 200 years ago. They originated from – Thailand / Myanmar migrating to Indonesia and used the surrounding hills as a natural barrier and were isolated for centuries, if you wanna know more:  https://en.wikipedia.org/wiki/Batak

Going up the mountain road offers rewarding lookouts over half the lake on clear days and I saw plenty of rice paddies with jungle backdrops. People follow village life, children sitting on water buffaloes, the mighty animals just don’t care, totally relaxed, no fence most of them just roam free, some on a leach but all so friendly – must be in the local water 😉 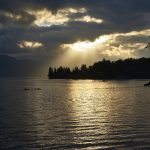 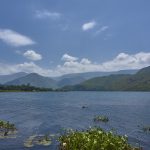 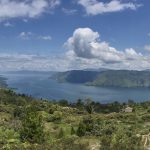 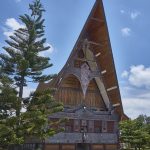 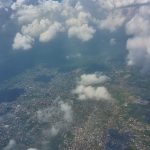 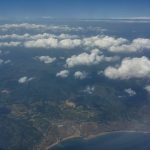 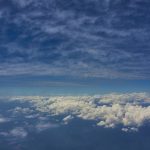 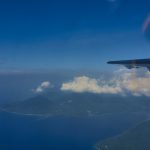 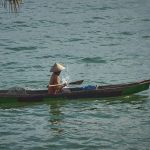 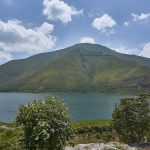 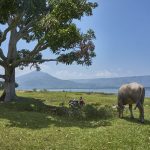 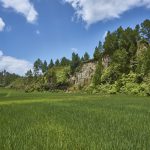 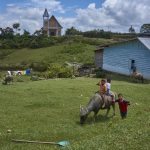 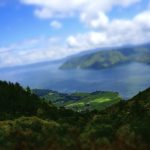 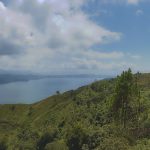 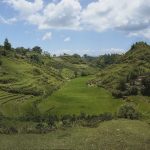 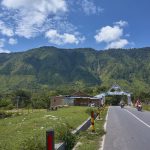 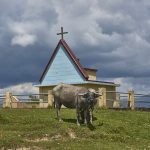