On the ferry to Long Island I met Thomas from Switzerland, we instantly connected and somehow I was pretty sure we would travel together for the next days – of course that happened 😉

So after a good first chat on deck out in the sea breeze the ferry went to Straight Island, which is off the tourist trail, it’s the home if the Great Andamanes an ancient tribe almost extinct with only 43 members left – just a hand full of people enter – we were not even allowed to take pictures!
The ferry then took us to Long Island. Only 1 guest house for tourists is established, there is not much to do over here, living the Robinson life that’s what the guidebook says, actually there is a small village just by the jetty and it feels good the moment we disembark!
There are just two four wheelers on the island used to transport goods plus a handful of motorbikes, it’s a 20 minutes’ walk to Blue Planet Guest House on concrete trails through the jungle – simple island life with friendly people almost every little wooden house has a proper garden attached, the locals are hiding from the sun but venture out in the evening. The youth is busy at the football field where a couple of hours before the horses had fun with themselves 🙂 We saw a sea snake eating a crab right on the beach at low tide, which must have been a proper sunset feast.

After our visit at the forest department we got the permit for the walk to Lailaji bay, 90 minutes through the jungle with some good old trees – a nice little stroll.
The bay is a lovely stretch of white sand with some huts in the back that give a little shade, but you can find lovely spots underneath some big trees or palms as well, the waters just as splendid as in Havelock – the only difference we’re the only guests on the beach together with the lovely Finnish couple Hanu and Tiana. We tried some snorkelling off the rocks first but were not lucky finding the reef, it was a bit dangerous with the waves crushing at the rocky coast but we managed to get in and out in one piece. Later on we found the reef just the left hand side from the sandy stretch of the beach. In the shallow waters you can see colourful coral and small fish – it’s nice but not superb.
We decided to directly move on to North Andaman and not stay any longer for diving or hanging around, I had a feeling it wouldn’t be better than this and Thomas was running out of time on his trip. Up north the diving supposed to be the best in the Andamans so we went with the 7 a.m. ferry to Rangat, the best ferry ride of my life took us through thick forest of mangroves and lasted 1 hour such a peaceful journey in the early morning it felt like meditation.
From Rangat a rusty bus took us the rest of the way up north, 150 km in 5,5 hours, lots of curves, bad road conditions, lots of passengers squeezing in – a typical Indian bus experience 🙂 The road snaked along the coast and took us through thick mighty jungle, we smelled heavy rains and felt it just a glimpse of an eye later on – the first proper rain since the Nepali snow for me, the air stood thick and tropical this time!

Of course all windows were open in the bus and we had a little rain coming through, as it was one of the old busses, sent away from mainland, good enough to serve its last decades on the islands and lacking all comfort….
We were so done in the evening but if you want to go to the end of the world, where civilization is  scattered and the village becomes random houses along the small bumpy track, hidden in palms and thick bush, you take it as an adventure and the real adventure was just about to begin… 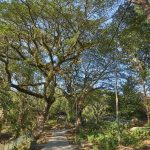 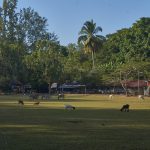 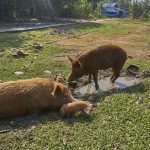 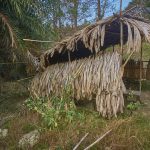 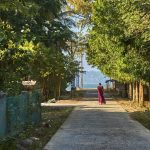 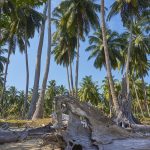 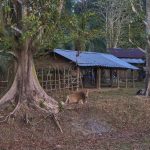 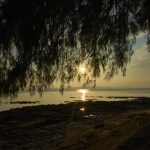 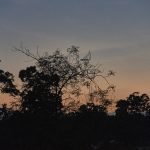 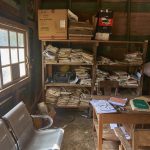 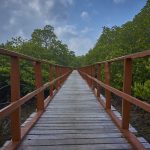 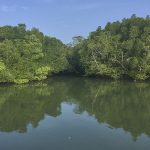 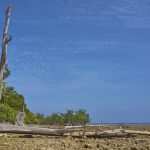 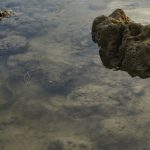 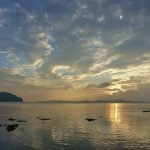 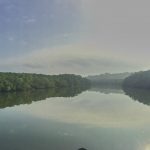