Staying a longer time on the island and hanging around with Teo I met more people, some of them became friends pretty fast. First there was Jasper & Lene from the Netherlands. He’s traveling with his 10 year old daughter and it’s not their first time in the Andamans. Jasper and me we share quite some common things in life – of course we had to meet here! Later on I got to meet Antti, Teo’s friend also from Finland, on and off between Nepal his home country and the Andamans – also a great soul. With that lovely pack we went to Full Moon Restaurant for some evenings treats – the best place to hang around, eat and drink on the island! A couple of times we went to famous Radhanagar beach or just simply – beach no.7 to enjoy the magic golden sunsets, to snorkel in the shallow waters and to relax. One evening we even saw an Elephant being guided home, it was Raju the last swimming of his kind! During the snorkelling I saw multiple turtles and stingrays, magical creatures they move as if they would fly and so fast, I hardly could believe the eyes, it was wonderful to watch them. Another encounter of a different kind was a sea snake winding along the corals, wearing grey and black rings – one if not the most poisonous snakes around, peacefully made its way until it vanished under a rock, the fish next to it didn’t even pay attention, seems to be a good fellow thou 😉 Of course the reef also had swarms of smaller fish and the 2 lip fish which are a bit bigger in size. As soon as you’re under water the vast variety of life just explodes in places like the Andaman’s, so you’re looking for creatures extremely rare. But I enjoy all of the underwater life, no matter how rare the species is, don’t try to look for something specific, it will come to you and every dive is different, that also includes snorkelling, you can even extrapolate that to life if you want 😉
Now being a certified diver I went to Johnny’s Gauge, and it was the best dive on Havelock for me. Conditions were just perfect, no current and good visibility we saw big schools of barracuda, bannerfish, shrimp, stingrays and even a white tip reef shark, colourful corals and bigger coral structures, giant clams,… life was just exploding 25m below sea level I was just stoaked, as was Miir my dive master – he was pretty focused on the underwater life too and felt happy that the four of us fun divers handled themselves very well…

The place is not a party location like goa although there are “happenings” almost every day like live music or DJ’s, I listened to a couple of acts and music while passing by the different locations on my bike, it was not worth it, but somehow as fate rolled the dice, a finish Psy DJ called Arwar played the other day at Cicanda, some really good tunes from chill to prog more than 4 hours – places shut down before midnight in the Andamans. I was enjoying the freedom of the sound and danced my ass off; don’t know when I did it the last time without being influenced by any mind altering substance like alcohol, tobacco… It felt great – all around me were smokers and drinkers and me drinking water – smiling my ass off, dancing barefoot to the rhythm till the moon rose across the jungle hill and shed bright light through the open roof of palm leaves to the dance floor – it was a trippy moon, clouds moving fast and low, making the moon light switching on and off, like Morse code with light on and off – good times!

Going round the island can be done with multiple means of transportation, bus, rickshaw, scooter, motorbike, bicycle and walking, I preferred the later the most, my bike took me everywhere I wanted in the perfect speed to gaze around and get a glimpse of what is happening around, I almost explored every paved road and some of the dirt roads too, just passing by private homes greeting the people talking to children I was quite a happening, they don’t seem to meet a lot of foreigners and are super friendly.

I also did a small bushwalk up the jungle hill to see the sunset but was not properly prepared – so many mosquitos when I just stopped walking so I returned after 20 min but I still saw many things, the strangest being a stick insect – the one with a very thin body I just saw it in a zoo before.

Walking is the best thing to properly inhale your surroundings and the beach walks on Havelock are just perfect so when the tides were right I walked from Elephant beach to beach no.7, being the only person on the way was great fun, gazing at the nature and life around me without being disturbed – although the Andaman’s are not as bustling as mainland India but Havelock has its moments where you just want to escape. The beach walk reminded me a bit of my trek in Costa Rica along the pacific coast on the Osa peninsula, this here was different though, lots of rocks and mighty trees right at the beach – after 2 hours I reached the best beach on the island and relaxed totally, enjoying the sunset later on for a last time.
Life has been treating me pretty sweet those 2 weeks but I somehow feel that Havelock gets too busy, too much people, too much noise and I need more freedom, we’ll see what north Andaman has to offer for me, I’m still hungry and my eyes are widened! 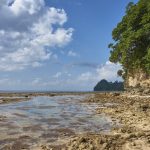 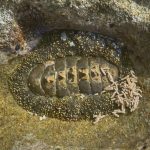 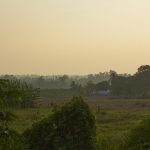 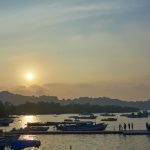 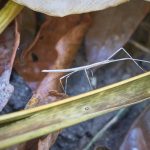 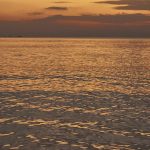 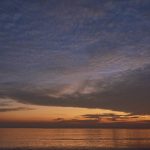 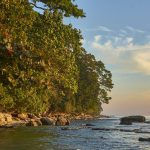 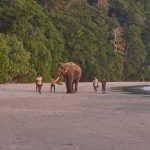 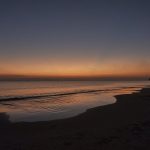 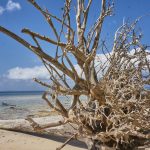 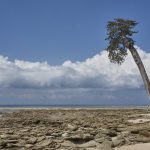 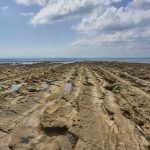 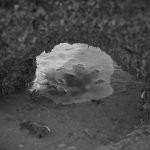