Gokarna – between temples and beaches

We decided to move on and see something new, for me another city, for Florian a bit of the real India feeling, as Goa is not India, it has the food and the people but the Portuguese influence and the relaxed atmosphere plus no bigger town and always the ocean vibe is still different to the rest of the country. So we went further south to Gokarna, it’s just a train ride away – easy.

At the train station we bump into Philippe from Italy a really heart-warming guy who already traveled Asia some 20 years ago. The track takes us along the coast crossing river outlets and lush forest, after 2 h we arrive in the holy city and Phillipe takes us with him to his friends place, a real tranquil oasis away from the city across a small hill, unfortunately no more free rooms, we still enjoy a chai and the easy chatter after going to Kudlee beach to spend the night. A couple of restaurants and bars spread across the whole beach, it felt a bit like Goa…

Reading about Gokarna beforehand almost made us not to go. Police men throughout the whole country are even paying to work here during main seasons to fine tourists with incredible high amounts for almost everything, smoking and drinking in public or on the beach, riding a motorbike without a helmet and so on, in the end we had no issues but were prepared and the police was omnipresent for such a small town. The main reason for this: The place should not become a second Goa, that’s why the drastic measures…

Gokarna has two main attractions, temples and beaches. Mainly tourists come for the beaches (Kudlee, Om, Halfmoon and Paradise) Gokarna beach is not nice and pretty dirty! The town itself hosts the temples, some more than 1000 years old but unfortunately no entry for foreigners and non-Hindus, we tried but got sent away soon after entering the compound 😉 The town itself is pretty small 2 main roads, both one way traffic, one leading into town the other out. All in walking distance, but the beaches are a bit further away across some hills, it’s a nice days walk from Kudlee until Paradise, we did it from Om beach though as we stayed in Kudlee for the first night but decided the morning after to move to town, enough beaches and the humidity was killing us.

Om beach got its name because of its Om-symbol like shape, rocky ends and a couple small restaurants as we walk further on the trail some 20 minutes later and a few nice views from high above the water, we reach Half-moon beach, it’s getting more and more basic, electricity is generated by solar panels, no big restaurants and bars, just 3-4 small shacks some with attached wooden huts to stay, a perfect place to rest and beat the burning sun, it really gets hot and humid in the afternoon those days.
After a small nap we went on a rocky path we sometimes lost as there is no proper way marked, the only advise we had was just, don’t go up the hill try to round it and it was such a sweet walk / crawl on a rocky coast line with marvelous lookouts, after 15 min we found the path and went towards Paradise. No bars, restaurants whatsoever, just some people with hammocks having the time of their lives, we joined them for a bit in Paradise, perfect waters, although it was not safe for swimming it just felt natural to dip in.
A Jungle walk further south and a rickshaw ride brought us back to town – perfect timing for sunset – a great day!

The last day we spent with Philippe, he proposed to rent bicycles and ride to Honey beach up north and so we did. Riding the Indian Hero bike feels different but I got used to it, along small village roads and fields we went to a river crossing with a ancient ferry, a small boat for max 20 people and a 100 year old engine, of course motorbikes are taken across too, the ferrymen do the bike lifting from the jetty to the wooden vessel.
On the other side the terrain got hilly, we pushed up hill and went really slow down, our brakes could just handle the slope, only Florian’s didn’t, he needed to walk down to prevent any serious injury his brakes were barely working on the flat ground.
An hour later we arrived at a lonely beach, just 2 fishermen out on the rocks trying their luck, the former restaurant barricaded, there goes our lunch…
After swimming we managed to get some coconuts from one of the fishermen – yumm and the flesh inside so fresh and tasty, after all best lunch ever, if you think you won’t eat anything and out of the blue you’ll be surprised, that’s a quality of this country and I love it!
We took our time and enjoyed the good company talking about travelling, paradise travel destinations and so much more, we could have been sitting still there as the topics didn’t run out, but we had to leave, we wanted to be back in town before sunset, well as it goes we got late but the last 20 min in darkness were another adventure I won’t forget that easily! Another brilliant day, Cheers to Philippe hope to see you again!

Now’s the time, Florian’s and my ways will part, his vacation is over and he’s flying back, I’ll take a train further south and keep on going.
Cheers for the company and for coming along the path with me Flo, let’s repeat that somewhere else in the world! 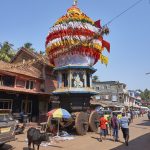 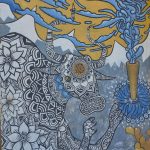 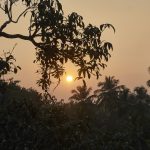 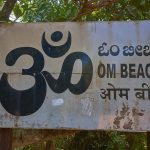 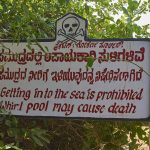 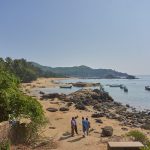 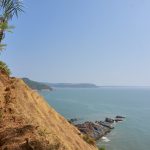 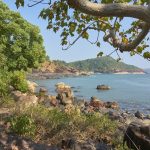 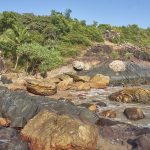 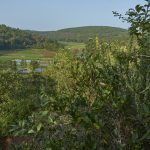 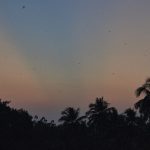 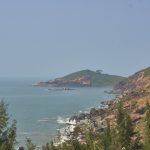 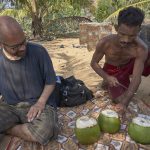 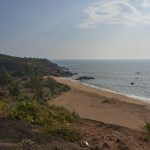 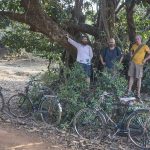 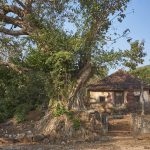 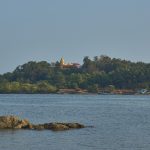 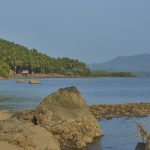 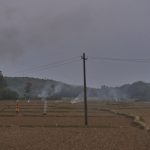 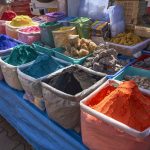 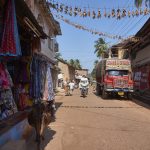 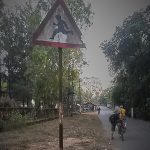 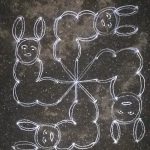 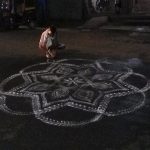 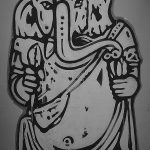 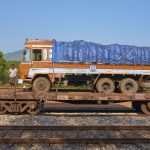 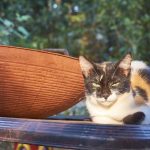