After the glorious Hyderabad days I went to Hampi, getting back in the travel rhythm and exploring the old capital Vijayanagar founded by a Telugu prince in the 13 hundreds which became 3 centuries later one of the biggest Indian empires giving home to half a million people, times changed and the surreal landscape with its temples and boulders is a much quieter place now, tourists took over and rock climbers found a perfect playground.
Last time I’ve been here 9 month ago and stayed with Katja on the southern side of the river called Hampi Bazaar, a little busy village close to the temples, we explored the temples for one day and went away, that didn’t do justice to the otherworldly place! This time I wanted to see the other area north of the river called the island or Virupapur Gaddi, it’s more tranquil and close to some very fine bouldering sites with not that much temple tourism.
Siddhu and Chitra who’s wedding I attended in Hyderabad were born and grew up around here, so they know almost everything about the place and being on their honeymoon of course they came for a visit and booked me a small hut at Goan Corner, also Nivy and Lohit the other freshly married couple were there, what a nice surprise! Good times 🙂
When I arrived by bus I was still sleepy. Travelling in a night bus in India is an experience one need to make, it was not the first I took but I still prefer the train, much more calm and not that much disturbances during the night.
After the morning prayers with elephants also going for a wash in the slow currents, the ferry service was working and I could cross the Tungebhadra river to check in and have a rest. Lots of tourists again, I wasn’t used to it, hanging around mostly with Indians the last 3 weeks and now hiding in my room for some hours to adopt 🙂

I took it pretty chilled the first days, just relaxing and exploring the nearby rocks and watching the sunset. The next days I widened my circles, visiting hanuman (the monkey god) temple some 500 steps up on the Anjanadri hill. The temple itself is alright but the real star is the lookout, pretty much a 360 view over the valley with some of the most important temples across the river in sight – a perfect place for sunset, and of course meditation AUM!

Most convenient way to get around is renting a motorbike, first I was a bit afraid, but the automatic scooters are easy to handle, traffic is pretty calm, the drivers are super relaxed and everyone pays attention, so I took the bike to explore the area along the fresh water reservoir checking out random temples and around the river, pretty much every hill is climbable without rope and a bit of technique here, I found myself a nice spot to watch the Anegundi ferry crossing and the mellow lights across the rocks when the sun was about to set. Priceless!
I met a couple of nice people during my stay in Goan corner we even got our ears professionally cleaned by a guy who does it for 35 years, felt a bit strange and hurt just a bit, he operates with small metal tools, oil and cotton wool, some ears were dirtier then others, it’s a bit yukky watching him “digging” but the feeling afterwards was amazing, I could hear much more high sounds than before. With Justin from the states I spend a day driving to Gangavathi and later for a relaxing swim in the splendid waters of the reservoir – no there are no crocodiles! A good day with interesting talks, maybe see you around Dresden one time, the Elbsandsteingebirge is also a mystical place!

There was also a small party at night in the rocks with music, bonfire and a lot of bouldering, half of the group was German and the music felt like back home, travellers always go back to their roots but I want to progress…

The golden rocks were treating me so nice this time and I know there is so much more to explore, so who knows I might be back one day! 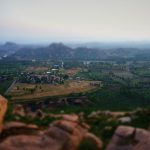 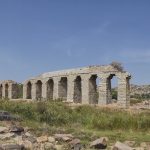 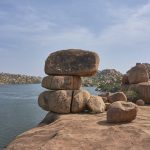 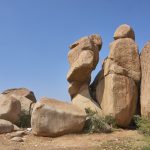 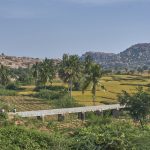 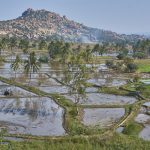 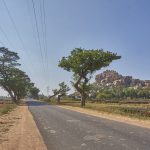 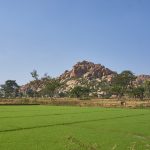 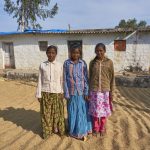 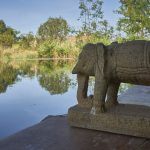 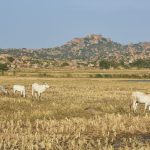 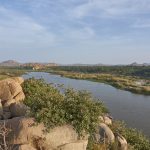 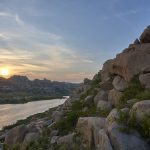 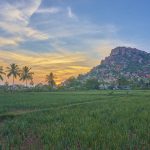 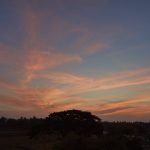 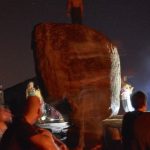 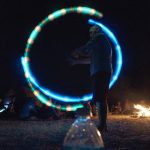 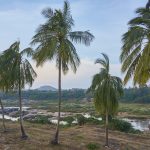 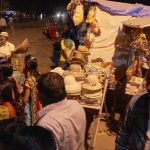 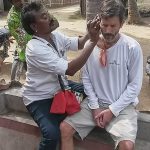 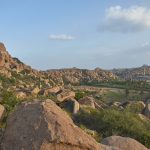 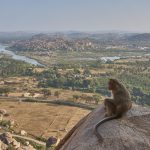 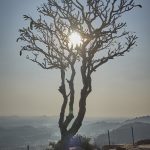 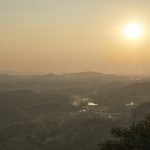