After diwali night the wedding season in india is starting this year, everyone was holding back as an important river festival called pushkar also took place before and it’s not a good habit to marry during that time, also you don’t want any rain – a lot of parties happening outside.
A typical indian wedding has multiple celebrations where friends and family get together for praying, drinking, talking and eating. The dinner happens to be quite late, and after you eat, usually you stop drinking and soon after leave the place. To still keep on drinking during the evening and to satisfy the starving stomach snacks are available, at the proper cocktail and wedding parties waiters walking around with plates, serving deliciously spiced little pieces of chicken, paneer or veges with different kinds of dips. At the other pre wedding parties food is either way ordered and shared among the group, or at bigger happenings bbq will be available.

The first wedding I attended was Nivy’s and Lohit’s we stayed among palace like buildings with lots of space, hundreds of people. Beautiful sarees in different bright colours were worn by the ladies. Men wear kurtas, suits or other formal/traditional indian clothes. Julian a friend from berlin who arrived just in time was also dressed in a nice kurta that made him perfectly blend in.
For Chitra’s & Siddhu wedding Bene and Stefan more friends from germany joined, we all were dressed in kurtas that day following the indian style. The rituals were similar here, the clothes as beautiful but the setting was different, next to a lake and the stage was just golden, supported with the beautiful sarees and shining jewellery it felt royal! Hurray to the good times guys!
In india the bride buys the groom, the ladies family will end up of paying for all of the glorious parties and also a dauri, something like a wedding gift, will be handed over to the groom, this can be anything from small jewelry to big houses, whatever they can afford.
The wedding ritual is pretty set but timing depends on various aspects like the star constellation or the moon phase. it goes on for hours, bride and groom sit while hindu priests guide through the steps of prayer all is happening at a nice stage guided by some traditional music surrounded by the closest friends and family members. You will just get a chance to talk to the freshly married couple in the end when all official stuff is done. It’s a hard day for them, lots of smiling and shaking hands receiving the best wishes and staying relaxed is not easy.
Once married in india you better think twice if you want to break up after some years and go through all of all the preliminary steps, parties and rituals again…
No alcohol will be served during the official wedding celebrations, smoking is banned too, so you have to go a bit away from the crowds when longing for a tabaco infusion…
Big buffets are available and everybody is eating with the right hand, holding the plate in the left while standing, so much good food and the deserts are killer too 🙂

There is a lot of drinking in Hyderabad! When no wedding related celebrations was scheduled we went to private rooftops or houses to hang out with friends drinking a beer, or two 😉 listening to music and just having a good time. So we even went up on a hospital’s roof, chait is a doctor and of course he’s living on top of the building with his family!
Or some other interesting private homes in jubilee hills, rewarding with nice views, sweet music and more interesting people to talk to.
Good times, not the healthiest but you gotta go with the flow and the pace of the city.
Clubs play a big role in hyderabadi lifestyle too, fancy and a bit expensive places with different music ranging from edm sounds to mass compatible electronic music and even psy trance. Changes between the different styles happen quite fast so it’s a bit distracting as you feel the dj is not that experienced going from one hard break to the next, on the other hand everyone got to listen the music they like during the night, well most of the clubs close round 3 and 4 and you get kicked out, different to the berlin clubbing scene… 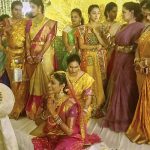 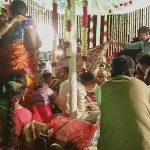 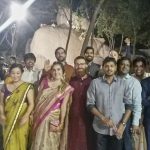 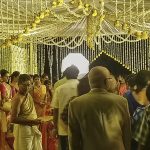 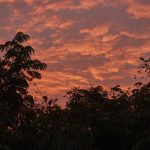 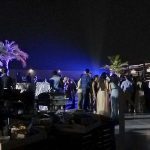 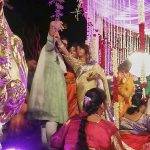 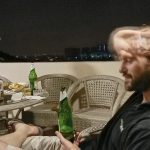 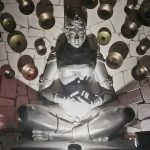 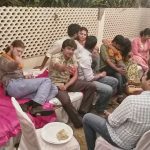 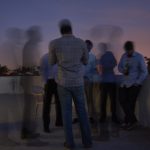