Parahawking – a once in a lifetime flight

Today is a special day, it’s my mom’s birthday so i made myself a little present 🙂
I went parahawking, a sport created by scott mason right here in nepal, as he told us there was some alcohol involved when he talked with a friend but in the end they did it and 15 years later they still around and pebble 2 black kites, 2 egyptian vultures and a falcon as training birds is scott’s first passion, his second is paragliding, so combine the two and you got parahawking. if you want to read further: https://en.wikipedia.org/wiki/Parahawking

You get to fly with the birds and naturally they will find the right thermals to keep them up and don’t use that much strength, the para glider just follows them, and as a reward for the birds natural abilities you got to feed him…while flying!

So we went up sarangkot, watched the clouds move away, the weather could have been better but no complains, we got the last instructions, got our harness on,  strapped the kite and gently walked into the abyss, 3 steps, then 5 steps running and off we went, pushing my bum back to get a comfy seat and enjoying the hills and paddocks around, gently moving along, spectating with a birds eye and our bird – bob is his name, circled around the kites,
the pilot blows a whistle, i prepare a bid of raw buffalo meat, put it in the top of my fist and bob gently swoops in from behind, sits at my hand picks the snack and takes off to get the next snack from the other pilot, so nice and so majestic.
The views of the surrounding hills with the shanti stupa and in the valley the sun is reflecting on fewa lake are stunning, this is freedom!
we fed bob multiple times during our 20 minute flight and went down in spirals and half loopings, so great, like riding a roller coaster in the sky… 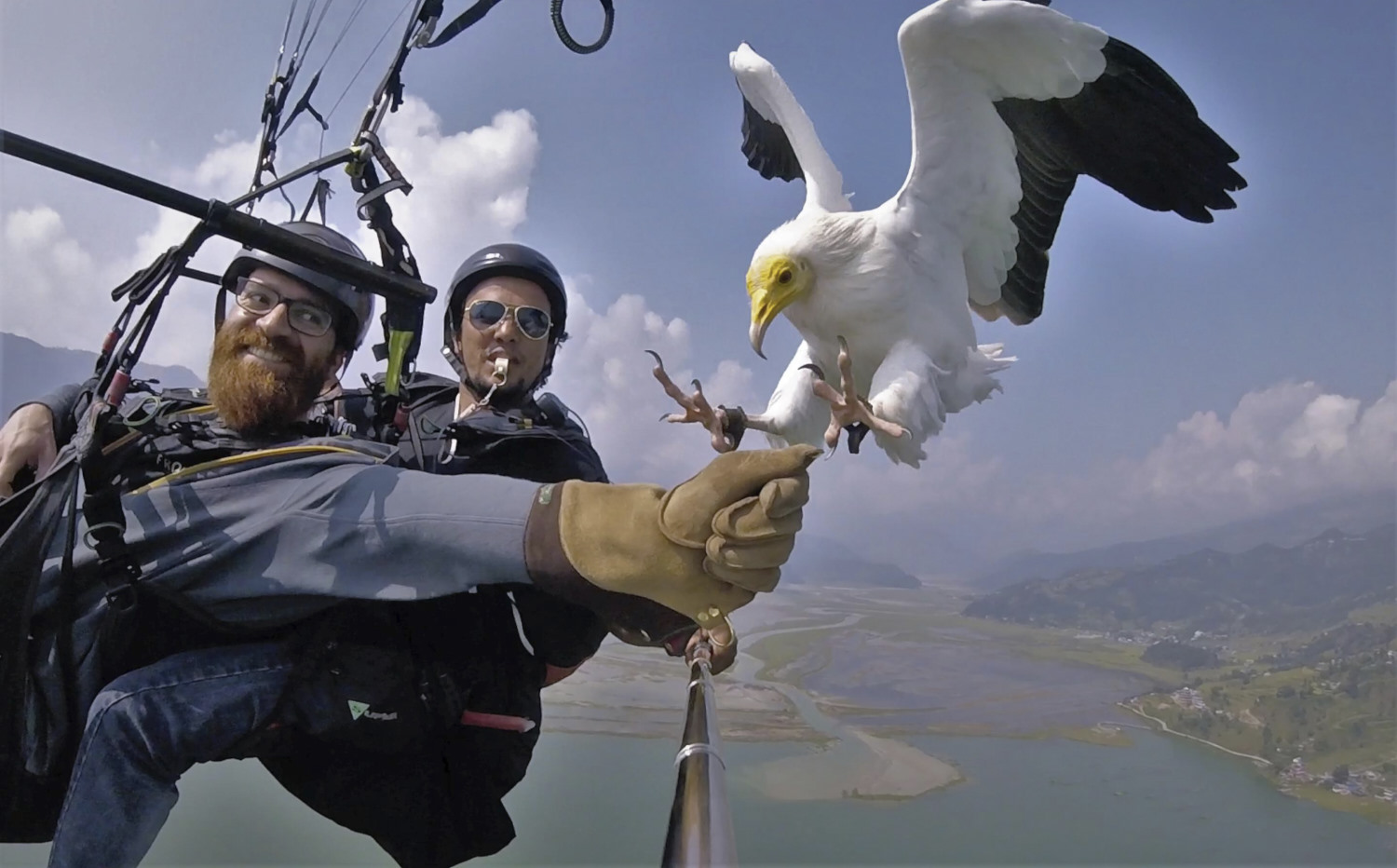 After we landed safely in front of the vulture village i was still flying – the feeling lasted for a couple of hours!

we later learned about the drug called diclofenac, it is given to cows as an antibiotic, so when the cow dies it’s still in her veins and when vultures eat the corpse it’s poisoning them, within a day they die. due to the drug, in the last 30 years the vulture population got almost extinct, people like scott help to regain its density, there are even vulture restaurants where safe cows are fed to wild birds.
vultures are quite important for our ecosystem, when they disappear dogs will take over and more diseases will spread around humans.

So go ahead safe a vulture today to live happily tomorrow 🙂