From gorakhpur i took a local bus to sunauli, the town at the border to nepal, ride was supposed to take 3 hours, but as it happens with local buses, they leave when full, so all seats are taken and a couple of people standing in the aisle when we left and the bus will stop every minute or two to pick up people on the road, all of them were cramped in the aisle, you can actually fit a lot of people in there.

In india 3 people operating the bus, the driver, the conductor – selling you a ticket once you’re in the bus and the shouter, always hanging in the open door, shouting directions and getting people in the already overloaded bus…but that ride did pass and after a few police checkpoints with hundreds of trucks waiting we arrived at the border, immigration was straight forward and police was friendly so i went further to get a bus directly to pokhara the second biggest tourist town in nepal. the bus supposed to be a comfy one with adjustable seats – hell yeah!

When the bus arrived it didn’t seam so comfy, seats were not to be adjusted and no freedom for leg movement. i saw people carrying jerry cans on top and also in the bus, making the bus smell as you pass a gas station.

Just a bit of explanation, the nepali government just agreed on the new constitution but india doesn’t like that as the country on the subcontinent wants to build more roads to supply the small landlocked country so they get more gas, petrol and food from india, but actually they want to be independant and they don’t like the indians, thats why they also have their own time zone which is +15 min compared to indian time. So india imposed a petrol and gas ban to nepal, as the road to tibet is damaged because of the earthquake in april, no chinese truck can bring the valuable goods to nepal, the small country depends on the big one and india is playing it’s poker with it, on the head of the people!

So a lot of nepalis go with a bus to the indian border and get fuel in small amounts taking it back with the bus, nepali roads are not in a good condition so of course the cans shift, nepali busses are more cramped with people then the indian one’s so people need to step over the cans and the fuel will leak as it did on our ride, the fumes were horrible the aisle was literally soaked with fuel, luckily i had a window seat so every minute or so i put my nose out the get some fresh air, i used my headscarf my colleagues gave my to cover my nose but it didn’t help, bad fumes everywhere, the ride was supposed to last 11 hours, after one i already had enough, but as it always goes in the travel life i thought to myself:

THIS TOO WILL PASS

There were two stops along the way, i spoke with a couple nepalis some of them excused and felt sorry i had such a bad start, it always gets worse before it get’s better…of course we needed to stop on the way as a couple of cans on the roof were leaking and fuel was spread on the street, i wasn’t afraid of fire or explosions, it was the fumes that bugged me! i even managed to sleep for 30 min in the end of the trip with triple folded blanket above my head headscarf and open window. the locals must have thought “Ah look at the foreigner so weak can’t take much”, or they were jealous for me having the cover, i don’t know but none smiled much during the trip.

We arrived 4 am and the cab driver showed me the kilometer long cue of cars all waiting for petrol! crazy times we’re livin’ in!

I had a brilliant sleep in a clean and comfy bed, but everything was smelling like petrol so big wash!
Pokhara is great but getting here was an unforgettable trip! 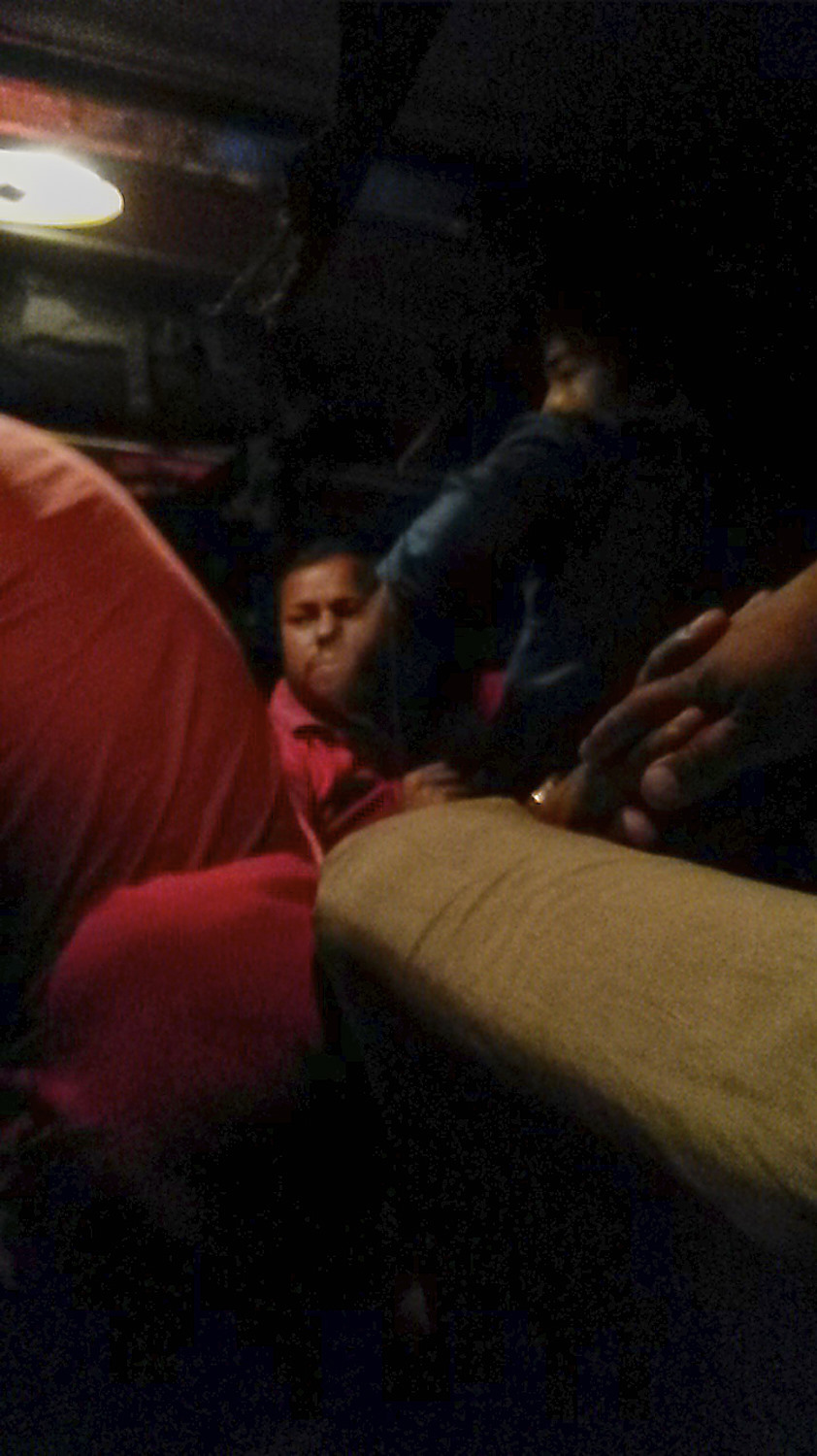